If only I could have had a bet on someone missing a last minute kick. Oh well.

Every man and his dog is in uproar over Gatland dropping Brian O'Driscoll from the third test. I don't see where the problem is.

In the first two tests BOD has been penalised at the breakdown so much he has had to stay out of the rucks. He's also thrown two interception passes and in the last test he kicked away ball when the Lions were playing advantage which resulted in the Australians getting the ball back and ultimately scoring the winning try.

Had Roberts been fit I would imagine that BOD would have been in the first test and dropped for the second. I just hope that Jonathan Davies does something special to shut up the whingers.

Bets wise I'm going for the same as last week. Taking the draw at 20's with the handicap at Sky. Also on Folau to score first, this time, at 10's with Boylesport and also having a nibble on Lealilifano as man of the match at 16's on Ladbrokes.

Lets hope for another great game and hopefully the Lions come away, pride intact, today. 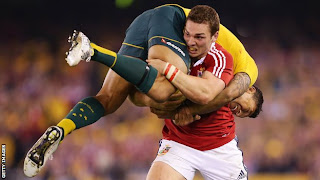 Last week went pretty much to plan. Halfpenny kicked well, Australia didn't. Sexton proved that with a decent outside half Oz are vulnerable. And the winger I picked to score was the only winger on the pitch who didn't. Fuck.

Onto this week and the Lions have made five changes. Phillips, who was poor in the first test, is dropped and Youngs comes in. Personally. I think he will do really well. Parling is in for the injured O'Connell which is a massive loss. Bowe replaces Cuthbert who can feel a little aggrieved having done nothing wrong in the first test. Vunipola replaces the injured Corbisiero and Lydiate starts at Blind side. Apart from POC's absence I'm not too worried by any of those changes.

Bets wise, Israel Folau at 9/4 with Ladbrokes to score a try anytime looks huge. He scored a wonderful brace last week and if he finds himself in any sort of space I can see him doing some damage. I've also had some of the 20/1 on Skybet for a draw with the handicap of Australia +3. Basically, Lions 23 - Oz 20 would equal a draw.

Can definitely see another close one, hopefully the game wont be won by a missed kick like last week but in all honesty, it probably will. 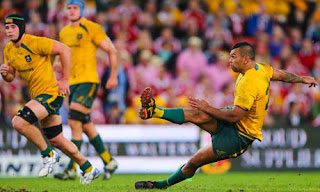 Nothing like a Lions test to get the blood pumping. Must be amazing to actually be on the pitch.

Can't see anything other than a Lions whitewash. Wales run Australia close last Summer with Priestland at 10. I'm pretty sure Gatland could pick Tipuric at 10 tomorrow and he would do better than Priestland did last summer. If you take into account Pococks absence through injury then the Lions should have enough fire power to win.

I've had a few bets, Lions to win series 3-0, Lions to win tomorrow and over 7.5 Welsh players. I've also had Halfpenny for Man of the Match and Ioane, anytime try scorer.

The Ioane bet is down to Cuthberts defensive frailties. He seems to give one chance a game and always looks like he's flat footed when people run at him.

I might have a few more bets tomorrow, mainly try scorer bets and see if there is anything interesting I can do with Halfpenny total points. One things for certain, I'll be starting on the Cider quite early tomorrow. 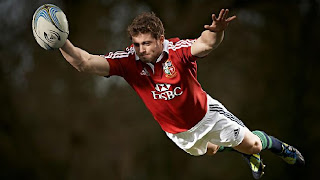 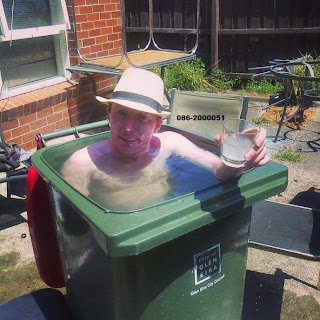 Moobs sweating after a 30k bike ride in less than an hour. I know, I'm a fat bastard. 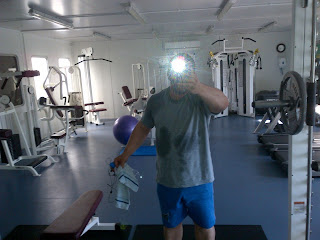 I know it's a bit early but, Ken Barlow, Stuart Hall, Kevin Webster, Rolf Harris, Freddie Star, Jim Davidson. fuck me the prison panto is going to be great this year.
Posted by rubbish at 02:24 52 comments:

My cats are damn stupid.

I told them it was May the Fourth and now they're out the back garden fighting. Oh well, may the force be with you. 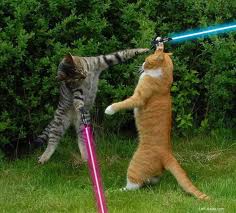 Rubbish to look at

Mom (and some Male) blogs